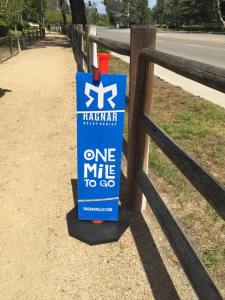 My introduction to anything Ragnar was back in February of 2013, when I had just started to become a serious runner. I had just completed my first half marathon and was ready to do my second, two weeks later, with one of my BRF’s, Annie. She invited me to a team meeting for a Ragnar race that she was thinking about doing. I sat down at a table full of strangers and learned all there was to know about doing a Ragnar Relay race. The signs, the vans, the traveling…. All of it way too hard core for me. And although the thought of participating in such a thing scared me away, I met a lot of cool people that day. Flash forward to October, 2014. Again, my running partner in crime, Annie, needed my help. She could not take her place on her Ragnar Trail team and asked me if I’d be interested. The thought of it still scared me, but I was trying to venture my way out of my comfort zone. I was reluctant, but I agreed. 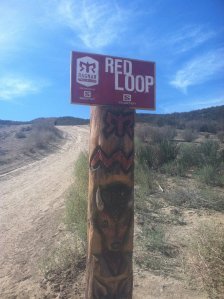 Nothing could have prepared me for the hellish hills of the Red Loop (my first leg) in the heat of the day. I don’t even know what my finish time was. All I know is, I was so happy to see Kyle. After that run, I thought, “never again”. I figured that I had had my Ragnar experience and that was that. But I still had two more legs to run. I was nervous about running the trails at night. My second leg, the Yellow Loop, was scheduled around 11pm. I don’t even recall if I had any night running practice at that point. Either way, it was my most favorite run of the weekend. I saw maybe 10 people out on the trail during the time that I was out there, but the majority of the time I was alone. And I wasn’t afraid. I had found a way out of my comfort zone. 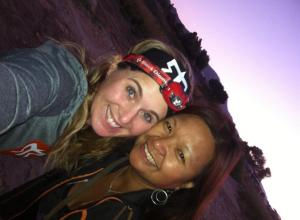 Leave it to Annie (again) to rope me into yet another adventure. Annie, a Ragnar SoCal veteran, was looking for more people to add to a Ragnar Relay team that she had joined. Even though the Trail and Relay races are vastly different experiences, I felt that I had conquered most of my (unknown Ragnar) fears at Vail Lake.   “Sign me up!” I said. I even strung my sister along for the ride. 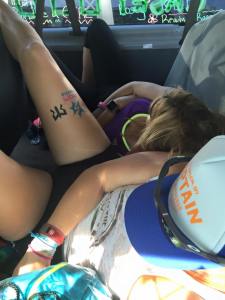 This brings me to the love/hate portion. It’s kind of like pregnancy and childbirth…. There are parts of it, when you’re going through it, that are awesome and fun and rewarding. And then there are the rough, exhausting “why the hell am I doing this?” parts. After my second leg, just like at Vail Lake, I had made it over the hump. The lack of sleep and lack of sleep space was the worst of it. Everything else was THE BEST. The instant camaraderie with my team mates, the YouTube videos in the parking lot in Oceanside, the 3am comedy routine, the compiled list of quotes…. All worth it. And just like at Vail Lake, I made some awesome friends during Ragnar Relay SoCal. And I can’t wait to do it all over again. 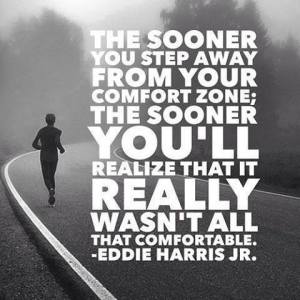 2 thoughts on “love, hate and Ragnar.”

pick a day in my life